POETEKA is one of the most active cultural organizations and what’s more, one of mainly influential movement in the field of art, culture and education in and through literature in Albania. For nearly 15 years of its presence, POETEKA, in cooperation with local and international partners, has been developing diverse activities, that have attracted more and more writers, translators, art critics, researchers, performers and, for more than all, public. 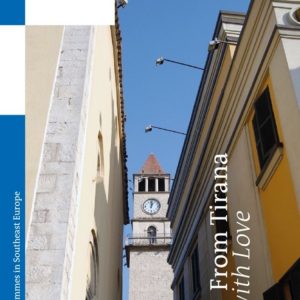 Writers and Literary Translators in Residence “Poeteka – Tirana in Between”– A programme in collaboration with TRADUKI, Albaninan Ministry of Culture, which  in 6 years welcomed 30 authors form South Eastern European and West European countries, who viseted Tirana for 1 month Residency stay.

POETEKA culture and literary magazine – EUROZINE’s partner – founded in 2005, 48 issues since today (5 issues every year – annual more than 1000 pages ). Poeteka is an Albanian quarterly culture magazine that mainly focuses on literature, the arts, culture and the debating of social issues. Since 2005, it has published four print-editions and a special issue every year. The “Poeteka movement” is a self-organizing group of writers, literary critics, translators, academics, social activists and artists. Through artistic texts (poems and short stories,) essays, philosophical debate, current and historical arguments, the monodrama corner, chronicles, writers’ profiles and an In Memoriam section, Poeteka intends to give more space to the contributors and a clear picture of the Albanian cultural and social context. From time to time, the magazine has also published articles and opinions by foreign authors who convey European perspectives on culture and social life to the Albanian reader. Special issues have dealt with the literary heritage of dictatorship in Albania; underground literary and political dissidence; European poetry in Albanian translation; war writing from the First and Second World Wars, as well as today’s military conflicts; taboo topics in Albanian literature; the cult of the “New Man” as a totemic topic in Albanian Socialist Realism; authoritarianism, populism and mass culture; and questions of identity in new Balkan societies.Poeteka regularly organizes literary and cultural events, including “The Balkan nights of readings and debate” (2007-2010); literary conferences entitled “Meta(L)f(L)ora” and “Liter(N)atura” (2011/2012); and a seminar entitled “Everything is translated –everything is translation” (2012). The journal is committed to overcoming the legacy of Albania’s post-war isolation and places a premium on the promotion of translation programmes aimed at the exchange of literary works and ideas.

POETEKA Int’l Festival of Poetry and Literature is an annual gathering between artists of the written word arts, writers, art critics, lecturer’s, essayists and performers from Europe and beyond. In its 11-th Editions, has offered generously numerous spaces for its participants, Albanian and guest poets from over 20 different countries.

Focused first and foremost on the literature of neighbors – Balkans – in cooperation with TRADUKI and other partners Poeteka regularly organizes literary and cultural events, including “The Balkan nights of readings and debate” (TRADUKI 2007/2008); literary conferences entitled “Meta(L)f(L)ora” and “Liter(N)atura” (2011/2012); and a seminar entitled “Everything is translated – everything is translation” (2012). In 2014, in cooperation with educational institutions, Poeteka organized a lecture series and associated events on the Italian film director, poet and writer Pier Paolo Pasolini.

Every year, POETEKA Festival has organized and offered a parallel – inner programme of visits and pilgrimages on areas that embody great importance and meaning for the Albanian poetry, the tradition of poetic writing and the Albanian culture in general, in the cities of Durrës, Tirana, Shkoder, Apolonia, Berat, Kruja and Elbasan. For all contributes its editions, in year 2009, POETEKA was awarded as “The Best Cultural Event of the Year in Albania”, by KULT ACADEMY PRIZE.

Poeteka web: the HomePage http://poeteka.blogspot.al is digital and multimedial platform that serves to for promote the cultural product of Poeteka, as the Residence of Writers and Literary Translators, books, literary magazine, other publications, news and collaborations with local and international partners as well.