Petar Andonovski: The Body That Has to Be Lived In 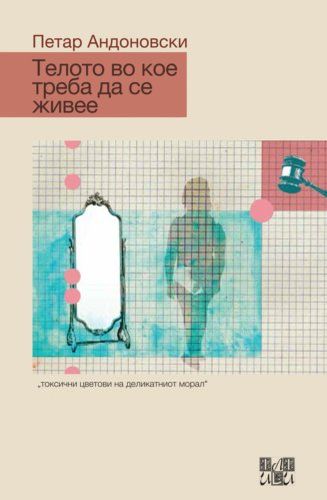 The Body That Has To Be Lived In follows the internal struggles of Brigitte, a sixty-year-old judge at the very end of her career who is suddenly assigned the only challenging and complex trial she has ever undertaken in her working life — a criminal case concerning the rape and murder of a young woman. Before this final case, Brigitte has only ever judged minor cases of divorce and petty theft – a kind of cheap theatre. But now she becomes abruptly aware of the marginal role she has played in the world - and of the opportunity this murder trial offers. The case opens the key for Brigitte’s path of self-realization as she finally assumes the power given to her as a judge – the power of arbitration. The novel follows Brigitte’s internal test of character in parallel with the development of the trial of the young man accused of killing his girlfriend. This internal journey is initiated by her confronting the lawbreaker — confronting the body of the accused, over which society and the law, embodied in herself, will execute its
punishment.